Renal Diseases in Poultry- A General Review, and Role of Phytogenics with Inorganic Salts 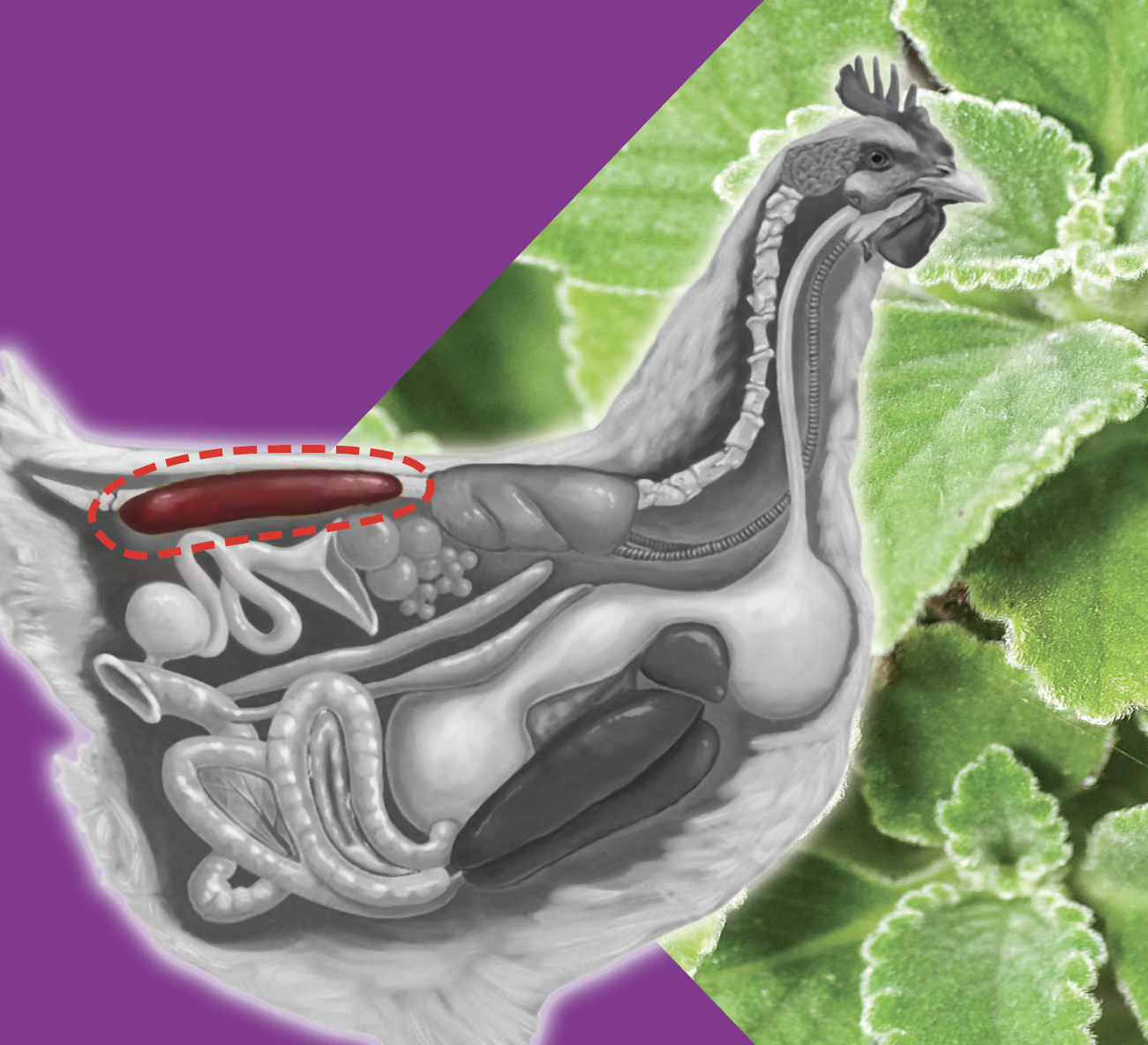 09 Mar Renal Diseases in Poultry- A General Review, and Role of Phytogenics with Inorganic Salts

Posted at 11:49h in Articles by admin_klybeck

Renal diseases are common in avian species. In poultry birds, about 30% of all disease conditions are found to be directly or indirectly related to renal disorders. The main causes of kidney disorders in chickens are- nutritional deficiencies, managemental problems, toxins and infectious agents.

Gout is a sign and not a disease. In poultry, renal diseases lead to gout, which can further damage the kidneys or other body systems. It is a metabolic disorder resulting in hyperuricemia and the deposition of uric acid or urates in tissues. In broilers, it is usually found in the first 3 weeks of life than being later on.

In birds, Uric acid is the end- product of protein and purine metabolism and is normally excreted through Kidneys. Uric acid is insoluble in water andsince birds lack enzyme Uricase, there is no further conversion of Uric acid in to water soluble Allantoin, as in mammals. However, in birds, Uric acid is solubilised by binding with specific protein in the proximal tubules of kidneys so that its crystallization in kidneys is prevented. If there is renal failure or excessive formation of Uric acid in the body or both, due to various predisposing causes, Uric acid accumulates in the blood resulting in hyper Uricemia. Normal levels of Blood Uric acid in Birds is 4.5 to 5 mg/dl and when it rises to 10 -20mg/ dl, clinical symptoms of gout appear and when it rises to 25.5 – 42.2 mg/dl, there is severe gout mortality. High level of Uric acid in blood lead to precipitation of monosodium/ calcium urate crystals in various tissues and organs. These crystals, being insoluble in tissue fluids and having sharp ends, cause physical damage to the tissues leading to a cascading inflammatory reaction.

Gout is of 2 types- articular (random cases) and articular (most common and of economic importance):

a. Articular Gout: The accumulation of urates within the synovial capsules and tendon sheaths of the joints and ligaments, including the toes of the feet and wings. This is a chronic form and occurs sporadically. Mostly, roosters are affected. In articular gout, birds go lame; Urate deposits (Tophi) are found around periarticular tissue and also within joints of feet and legs. Joints of wings, spine and mandibles may also be similarly affected. Microscopically, granulomatous inflammation of soft tissue in these locations is marked.

b. Visceral Gout: The precipitation of uric acid crystals along the surface of internal visceral organs and other sites within the body. This is more acute- form and common form than articular gout and can affect the whole flock. It occurs in both sexes.Visceral gout presents no significant clinical signs and sudden onset and rise in mortality draws farmers› attention to the flock. Dead birds are dehydrated. In mild form ureters are thick, white and prominently seen. Kidneys appear pale with prominently visible uriniferous tubules. In severe form, in addition to these changes, white chalky deposits are found covering heart, liver, intestines, peritoneum, spleen lungs air sacs, muscles and inner lining of proventriculus. In few birds, such deposits may also be found in synovial sheaths of tendons, joints and subcutaneously on legs. Microscopically, inflammatory.

Microscopically, the kidneys show severe lesions characterized by moderate to severe tubular dilation, necrosis and large deposits of radiating fine needle shaped crystals in the tubular lumen and in the interstitium besides myocardium. These deposits were surrounded by a zone of granulomatous inflammation.

Gout has a direct effect on the productivity by lowering the weight gain of the birds, higher Feed Conversion Ratio (FCR) and mortality, which may go up to 11- 30%.

I. Sorbitol and Propylene glycol-

During the episode of gout, the birds undergo a phenomenal debility phase. Sorbitol and propylene glycol act as a ready source of energy to help maintain active feeding behaviour and encourage performance.

During dehydration, the minerals K+, Na+ and Cl-play essential roles in maintaining osmotic balance, acid-base balance, and integrity of mechanisms that regulate the transport of substances across the cell membranes. The importance of Na+, K+ and Cl- levels in broiler diets is that, during stress, the competition between H+ and K+ in the renal tubules is reduced. During alkalosis, extracellular K+ enters the cell, consequently increasing the secretion of this ion in the renal tubule lumen. Under these conditions, H+ is exchanged by K+ in the renal tubule.

IV. Boldo (Peumus boldus molina) leaf extract has a pronounced antioxidant effect, and thus helps alleviate stress on the birds. It reduces the impact on growth parameters during gout episodes, promoting the growth of healthier microbes, reducing the creation of growth- depressing microbial substances, such as biogenic amines and ammonia, and increasing the availability of nutrients to the host. It increases lipogenesis in the liver, alleviate antioxidant enzymes (SOD, GPx ad MDA). The strong free radical scavenging and antioxidant activity of boldo leaves could be attributed to their high content of boldine and catechin. Boldine has been reported as the principal antioxidant alkaloid fraction, whereas, the total antioxidant activity of catechin, the main flavonoid compound, is estimated to be 60.9%.